Parking sensors are proximity sensors for road vehicles designed to alert the driver to obstacles while parking. These systems, which use either electromagnetic or ultrasonic sensors, are marketed variously by vehicle manufacturers under proprietary brand names such as Park Distance Control, Park Assist, Parktronic or Electromagnetic Parking Sensor (EPS).

These systems feature ultrasonic proximity detectors to measure the distances to nearby objects via sensors located in the front and/or rear bumper or visually minimized within adjacent grills or recesses. The sensors emit acoustic pulses, with a control unit measuring the return interval of each reflected signal and calculating object distances. The system in turns warns the driver with acoustic tones, the frequency indicating object distance, with faster tones indicating closer proximity and a continuous tone indicating a minimal pre-defined distance. Systems may also include visual aids, such as LED or LCD readouts to indicate object distance. A vehicle may include a vehicle pictogram on the car’s infotainment screen, with a representation of the nearby objects as coloured blocks. 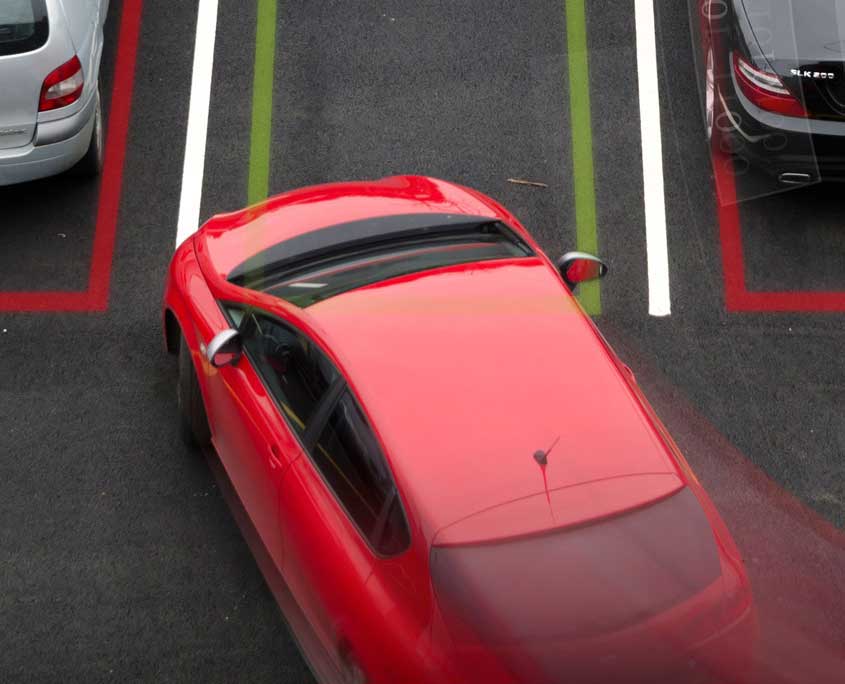 Protect Your Vehicle As Well As Others

As an ultrasonic systems relies on the reflection of sound waves, the system may not detect flat objects or object insufficiently large to reflect sound — e.g., a narrow pole or a longitudinal object pointed directly at the vehicle or near an object. Objects with flat surfaces angled from the vertical may deflect return sound waves away from the sensors, hindering detection.

The Parking Sensor, originally called, ReverseAid, was a spin-off from the Sonic Pathfinder,an Electronic Guidance Device for the Blind. Both devices were invented in the late 1970s by Tony Heyes while working at the Blind Mobility Research Unit at Nottingham University in the UK. After patenting the device in 1983 Heyes offered it to Jaguar Cars in Coventry. After test driving the prototype on Heyes’s car they very politely told him that, “You like it because you are a one-eyed driver who cannot judge distances. Real people would not want a thing like this.”

How wrong they were back then! All modern vehicles now come with parking sensors as standard or as a dealer option. We install and can colour code parking sensors so that they match the vehicle paintwork. We can even install them so that they look like factory fitted option. All our sensors come with a minimum of 12 months warranty the cobra / Vodafone sensors come with a 24 month warranty.